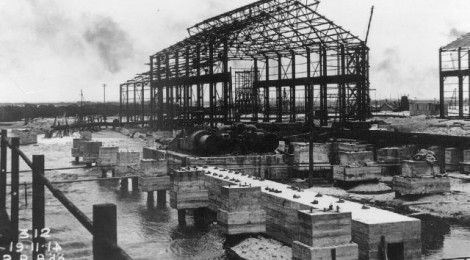 DDT and other pesticides discontinuation

DDT
The synthetic pesticide DDT which was banned for agricultural use worldwide under the Stockholm Convention in 2004 (Gray/Graham 1997; Dar-es-Salaam Declaration 2009). The application of the de-registration procedure (Dunlap 1981, 1978; Agler 2010; Maguire/Hardy 2009; Maguire 2004) went step-wise in four respects—from single countries to a worldwide band; with forward and backward decisions; differentiating agricultural and vector control as well as home and foreign markets ban. This case is rather settled at present, but can be used to show some typical patterns of discontinuation governance taking place in the context of the United Nations, thus differently structured then the ILB governance in the EU context.

Today, we take the ban of DDT for granted (different from nuclear energy or combustion engine). But DDT once was a great promise (for instance, to control malaria and typhus) and its ban has been criticized as contributing to the reviving of malaria epidemics which is said to kill over 2 million people each year—though earlier use of DDT in earlier decades may also have contributed by fostering resistant strains of insects (Gray/Graham 1997). With regard to this we interpret the DDT case as moderately structured in terms of the unclear valuation of advantages and disadvantages, while the evidence of the health risks was strong enough to set the ban through.

In 2004 DDT was banned for agricultural use worldwide under the Stockholm Convention (Maguire/Hardy 2006). The agricultural use of DDT was first banned in few countries the 1970s and 1980s, before others followed (Hungary 1968, Norway and Sweden 1970, Germany and the United States in 1972, United Kingdom only 1984). Agencies charged with protecting human health and the environment in many countries struggled with the ban decision for several years. Despite the ban, agricultural use continues in India, North Korea, and possibly elsewhere. From time to time, even the reversal of DDT ban to fight malaria is urged (Cocks 2010). Vector control use (mosquito control, most often) has not yet been banned, but largely replaced by less persistent alternative insecticides. DDT also continued to be produced, for instance, in the United States for foreign markets until as late as 1985 (ATSDR 2002; Dar-es-Salam Declaration 2009).

Indeed, the process of discontinuation was long and contested and rested on social mobilisation and the framing of DDT use as a public problem. At first sight, the discontinuation governance in this field is more disruptive than in the other three cases (almost total ban) and more globally coordinated. However, the discontinuation concerns a single chemical compound (first synthesised in 1874), not the whole chemical family (organochlorines), nor the technical regime of chemical intensive agriculture. The DDT ban may be considered either as a first step toward a broader challenge of the wider socio-technical regime or conversely as a way to reinforce this regime through incremental changes.