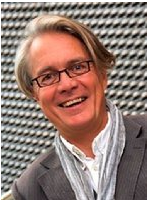 Stefan Kuhlmann is is PI of the DiscGO project. He is Professor of Foundations of Science, Technology and Society and Chair of the Department of Science, Technology, and Policy Studies (STəPS) and leader of the Twente Graduate School programme “Governance of Knowledge and Innovation”. Until 2016 he was the first President of the “European Forum for Studies of Policies for Research and Innovation” (Eu-SPRI Forum), founded in 2010. For more than 30 years Stefan Kuhlmann has been involved in studies of research and technological innovation as social and political processes – with changing entrance points and perspectives. Stefan Kuhlmann publishes widely in the field of research and innovation policy studies. He is an Editor of Research Policy (the leading journal in the field), an Associate Editor of the International Journal of Foresight and Innovation Policy(IJFIP), on the Editorial Boards of Science and Public Policy, of Asian Research Policy, on the Editorial Advisory Board ofEvaluation, The International Journal of Theory, Research and Practice, of the European Journal of Futures Research, and on the Editorial Board of Zeitschrift für Evaluation. More …

Peter Stegmaier is co-PI on the incandescent light bulb (ILB) case in the DiscGO project and on the the DiscGO project. He is Assistant Professor at the Department of Science, Technology, and Policy Studies (STəPS) and coordinator of the Twente Graduate School programme “Governance of Knowledge and Innovation”. His research interests include social theory and methodology, knowledge and normativity, theories of action and institutionalization, phenomenology, philosophical anthropology and neurology, and the sociologies of science, governance, innovation and citizenship, as well as that of music. More …

Andy Stirling is PI on the nuclear case in the DiscGO project. He is also co-director of the ESRC-funded joint IDS-SPRU STEPS Centre, Deputy Director for the DEFRA-funded joint Surrey-Sussex Research Group on Sustainable Lifestyles, and the Director of a spin-off University Enterprise on Multicriteria Mapping. His research has focussed on a range of topics including the governance of climate geoengineering and the discontinuing of technological systems. He is also involved in projects on reframing general concepts of security, understanding energy security, mapping science systems and exploring ‘responsible innovation’. Andy has worked with a range of public, business and civil society organisations including UN IHDP Integrated Risk Governance Initiative, the EU Energy Consultative Committee, Science in Society Advisory Committee and Expert Groups on ‘Science and Governance’, ‘co-operative research’ and the Future of Science in Society. Andy serves on the advisory boards of Greenpeace International, Greenpeace UK and the Global Energy Observatory. He is a long-standing member of the Sussex Energy Group. 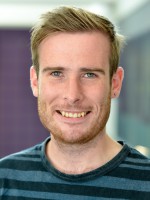 Phil Johnstone is a Research Fellow at SPRU, the University of Sussex in the United Kingdom. His research spans innovation studies, energy policy, Human Geography, Security studies, and political and democratic theory. As part of the DiscGo project, research into the drivers behind nuclear trajectories in different countries has been a key focus, as well as developing understandings of the complexities surrounding policies promoting the development and manufacture of nuclear-propelled submarines. His work has been published in various media outlets in the UK, Germany and France.  Phil is an active member of the Sussex Energy Group and was previously the coordinator for the Sussex Tyndall Centre hub, and co-organises an ESRC-funded seminar series focussed on issues surrounding nuclear waste governance. Phil has provided evidence on nuclear matters at the Houses of Parliament Welsh Affairs Committee as well as providing evidence on the Government’s energy innovation policy and nuclear waste strategy.

Sebastian Hoffmann studied economics and social sciences at TU Dortmund University (focus on sociology of technology) and acquired his master-degree in 2013. Currently, he is research fellow at the Technology Studies Group (Faculty of Business, Economics and Social Sciences at TU Dortmund University) and involved in the project “Collaborative Data and Risk Management for Future Energy Grids – A Simulation Study” (KoRiSim): Goal of the project is to combine insights from electric engineering and sociology in order to develop a common simulation framework for studying governance and energy consumption behaviour in a power distribution network. Between 2012 and 2015 he was part of the project “Governance of the Discontinuation of Socio-Technical Systems” (DiscGo) and investigated (political) attempts to discontinue the fossil-fuel-based automobility regime. His research interests entail transition research (e. g. energy and mobility), studies on technology acceptance, network analysis, and agent-based modelling and simulation (ABMS).